skip to main | skip to sidebar

I was recently hired to shoot the fall 2011 look book for premium denim company Frankie B.
Daniella Clarke, designer/owner mentioned the words "polaroid look" to me, so this is what I
Came up with. Square format. Natural light. Sometimes muted sometimes saturated, strange, uncontrolled colors.  Definitely a fun shoot! The actual look book is about 14 images. The model is Samantha from Photogenics. 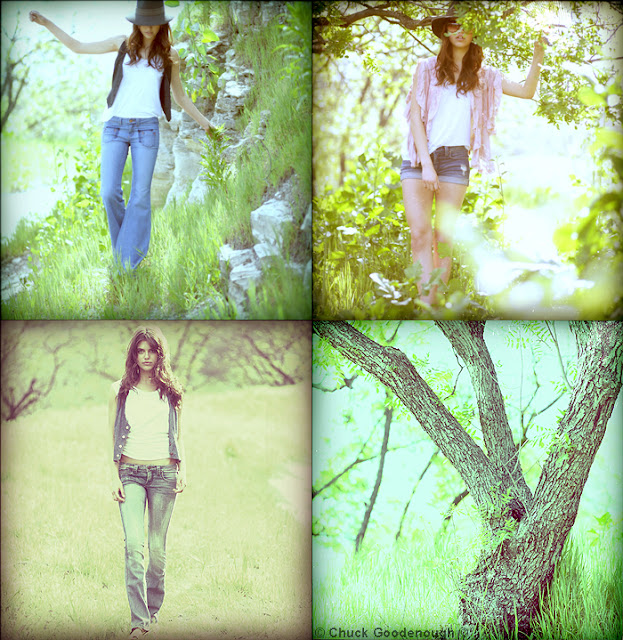 Posted by Chuck Goodenough at 3:49 PM No comments:

A number of years ago there was a creative rage for "Cross Processing" film.
Cross processing could be defined as a technique where you expose negative film and develop it in chemistry that is meant to process transparency film - or vice versa.  I played around with this technique quite a bit and my all time favorite recipe was to shoot Kodak VHC negative film and process it in E-6 chemistry.

I would typically shoot type 669 polaroid to get a 100 ISO exposure and then open up or "overexpose" by one stop.  I would then run a "snip test" at +2 stops.

As far as light sources go, In the case below I used a mix of natural light and tungsten to get the deep blue colors along with the softer, warmer skin tones.  The photo below is of the beautiful Kimberly Bachofer 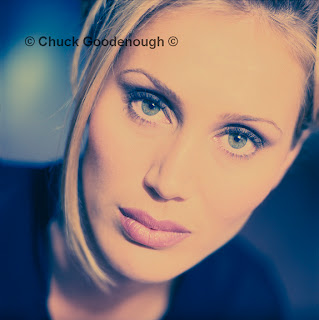 Posted by Chuck Goodenough at 10:57 AM No comments:

Invisible Mannequin Apparel Photography Effect -
Contact us for a quote for your catalog or online store! 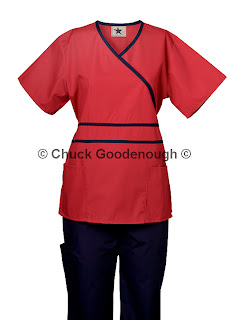 Posted by Chuck Goodenough at 10:29 AM 7 comments: 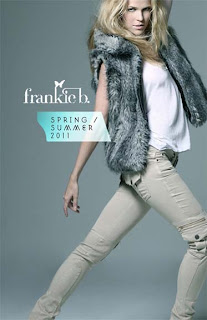 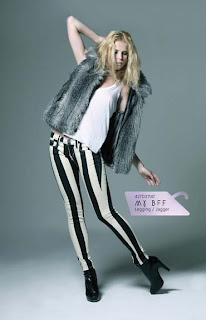 Daniella Clarke Owner/Designer of Frankie B has been a great client of ours for several years.
Daniella is incredibly creative and very focused about the look she wants. It's a fun collaboration.
We shoot their lookbooks as well as the imagery for their online store.
We also do the photoshop montage work for them.
Above are a couple of shots from the Spring/Summer 2011 Frankie B Lookbook.

Posted by Chuck Goodenough at 12:56 PM No comments:

This is one version of the "Invisible Mannequin" or "Ghost" Mannequin style apparel product photography we do.
This technique can be achieved by using a mannequin or a live model.
Please inquire about pricing for your online store or catalog.

Posted by Chuck Goodenough at 4:48 PM No comments:

A Dream? What does it mean?

I had a dream one day about a Ballerina in Toe Shoes and a White Robe walking into a Burned Field.  So I photographed her.

This is a scan from an interneg made from 35mm polapan film.  The border was made on the inter negative with Spot Tone spotting ink and a Q-tip.

Posted by Chuck Goodenough at 3:07 PM No comments:

Do you have a young rocker in your house?

My kids are musical, and also available for paid stock photo shoots in Los Angeles!
Natural light portraits by "Dad".

Posted by Chuck Goodenough at 1:15 PM No comments:

Link me and I'll Link you back!